…was the room at ImpactHub, where I spend

I took part in the following sessions: to start from the back (“We are approaching the past from the future”):

theory matters… for civil action in as far as there are experiences and knowledge out there of people who… have been there, done that… These “experts” can and should be use to address particular issues in civil action at a certain point in time. However, they are not to interpret or determine the agenda of an explicitly personality-driven, emotional and situational action.

Power… is to be differentiate between over (someone) and to (do something) as well as in terms of the dyad power and powerlessness / helplessness – vulnerability (vs resilience). Powerlessness has been the prime motor and trigger for many people to join the March. Yet, the personal power of conviction – to get oneself our of the comfort zone, to get moving against all rational mainstream – requires an overproportional Ego, which explains the clash of those during the March.

who against who about what?

Three examples of conflict situations during the March were given:

Remarkably, noone volunteered to address the conflict in Syria, which was supposed to be the overarching and motivating theme of the March… The explanation put forward was, that makro-conflicts consist of “fractal” micro-conflicts. And that the awareness of this fact – and the consequence that by addressing our own, personal, “petty” (provocative) conflicts, we are (implicitly) addressing and transforming the macro-conflict, change our own reality and the world as we perceive it – lies at the core of the Civil March.

In the morning, I had convened a session of my pet child “towards an allegorical narrative of the Civil March”. In conflict with a parallel session on structural development of the Movement, it attracted only two more people, explicitly anti-structural.

The idea put forward was accordingly that conventionally, people start with plan, an aim, a justification for their doing – and with a structure, a timeframe, distribution of responsibilities… – a purpose… However, the March breaks with this convention.

It was explicitly the powerlessness, the helplessness faced with all the pictures on television and in the media, all the stories of suffering and information indistinguishable between fake and fiction… that got us all out of our comfort zone and…

Thus, the story about the March should reflect this essence of the March. Instead of retelling the March on a fact-by-fact basis, we should go beyond and offer interpretations of the events and our experiences to make it a comprehensive whole.

Such a narrative bears the danger of someone claiming “the truth” about the March – which never ever was anything but a situational collective of individuals. To counter this danger, the detailed events and collected experiences of the March are supposed to be transposed into another story line. – Appended to this text, I have started putting down events, experiences and interpretation, trying to relate them to the story of the Children´s Crusade of 1212.

Given, a “crusade” has a very bad connotation and the March wouldn´t want to be associated with that, in the first instance. At a second glance, however, it provides a soft (Jiujitsu) target for stupid critics, displays a certain self-irony and defines, what we don´t want to be. Furthermore, the Children´s Crusade is – irrespective of any possible intentions, which are said to have been of a naive rather than violent nature – effectively did not do any harm to the Middle East. The myth of the Children´s Crusade has been used repeatedly as an allegory of the futility and suffering of war, best known by Bertold Brecht´s depiction of the German attack on Poland in 1939.

The theater for open borders proposed a theater concept, a tour, flashmops and advocacy. As a member of theater morgenstern, I recommended to partner up, as it is an established, professional theater at Rathaus Friedenau that has successfully run theater and performance projects with and for refugees being funded by the German Ministry of Education. The development of the “allegorical narrative” synergises with my efforts…

…so does the idea to wrap up the “allegorical narrative” in a Graphic Novel, an idea that has been proposed during the BarCamp as well.

The “flow” of the BarCamp has thus been very conducive for my efforts in, as I had introduced myself, conflict transformation, community-building and “towards an allegorical narrative of the Civil March.” For, as I said during the introduction, too, civil action is a way of life, and, if we reject the capitalist notion of living off what we are doing, at least we want to live with what we are doing. As such, I consider myself a dramatist.

What needs to be done next is to add to collection of events, experiences and interpretations to see how they can be muddled up into a comprehensive whole and to see whether the proposed allegorical framework works. The proposed mapping workshop tomorrow may help in catalysing. 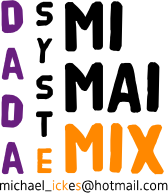